Once upon a time, there was a witch named Creeper. She looked so monstrous with her straw-like hair, hawkish nose, saw like teeth and eyes of a vulpine. She had a hissing voice and her eyes were always flaming with anger. 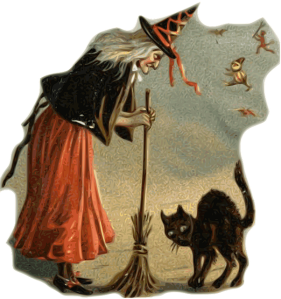 Creeper used to trouble everybody in the fantasy land specially the kids. She used to steal their chocolates, break their toys, tear their favorite books, poke a hole in their favorite dress and so on.

One day when the children were playing by the river, Creeper was busy preparing her special magic potion. This potion had the power to turn anyone into a doll. Creeper was planning to turn all the kids of the fantasy land into dolls and keep them in her museum.

Armed with this magic potion and her evil power, Creeper went to fantasy land in search of the kids. As soon as she approached the river where the kids were playing, the kids hid behind the trees with the speed of lightning, except for Prince Spike. He stood there on his horse fearless, determined to get rid of the scary witch for ever.

Prince Spike said to Creeper, “Oh dear Creeper, my humble request to you is to leave us alone and go back to your magic land.”

“Ha Ha Ha!!! Sure my dear Spike. I will return to my Magic Land soon, but not alone. First I will turn all of you into tiny dolls and take with me”, hissed Creeper.

Prince Spike requested, “please go away or I will turn into a.. into a… into a beautiful Princess”.

“You move aside or else I will turn you into a frog prince”, challenged Creeper.

After repeated request from Prince Spike, Creeper did not budge and was determined to cast magic spell on the kids. The witch did not leave the Prince with any other option but to fight a fierce and dangerous battle.

They all lived together happily ever after.

Learning : Turn evil into good with your kindness and positive mindset.